Good for You, Good for the Planet: 5 Reasons to Ride Indian Trails 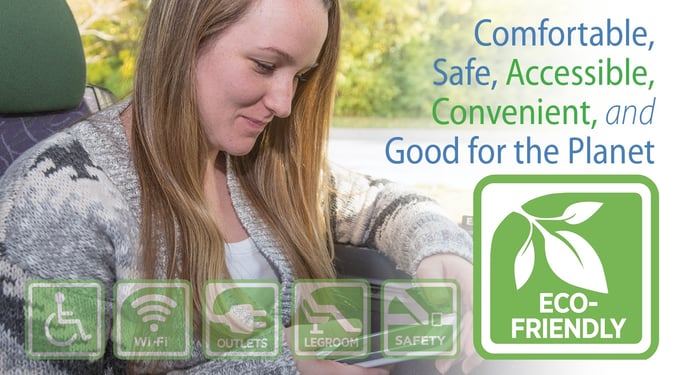 Traveling by bus has long been a great way to treat mother earth better and your fellow man. Whether or not you believe in global warming and climate change, the scientific facts speak for themselves: the more carbon dioxide in the atmosphere, the greater the repercussions. Based on facts like the following from the National Aeronautics and Space Administration (NASA) and the Environmental Protection Agency (EPA). 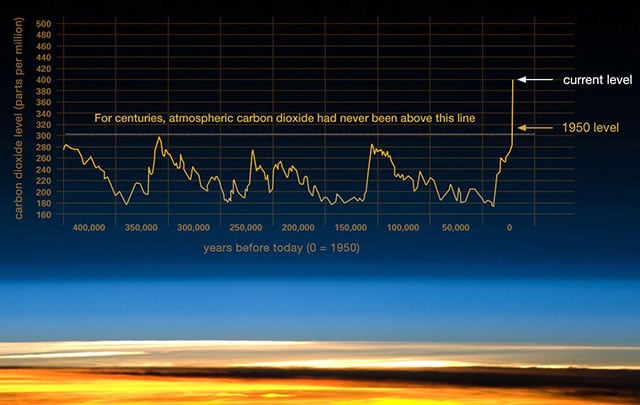 In order to slow these symptoms of climate change, we need to lower the amount of carbon dioxide we emit, or at least try. One easy way to start is to step out of your car and onto the bus.

1. When more people use public and private mass transportation, those companies and agencies are able to continually upgrade their fleets so that they are operating at optimum efficiency. For example, Indian Trails recently added new eco-friendly coaches with “technology that exceeds EPA standards by reducing exhaust pollutants to near zero while achieving high fuel economy of about 206 passenger miles per gallon on average. Also, each coach has the potential to remove 50-55 automobiles from the highway, further reducing air pollution and traffic congestion.”

2. At 28.8 percent, transportation uses more energy than any other sector in the U.S. except electric power. As a result, according to the American Public Transportation Association (APTA), “Public transportation use is one of the most effective actions individuals can take to conserve energy.”

3. Right now, APTA says that public transportation in the U.S. “… saves 37 million metric tons of carbon dioxide annually — equivalent to the emissions resulting from the electricity generated for the use of 4.9 million households or every household in Washington DC; New York City; Atlanta; Denver; and Los Angeles combined.

4. Considering the daily fossil fuel combustion in the U.S., APTA notes public transportation saves the equivalent of “… more than 11 million gallons of gasoline per day and the equivalent of 300,000 fewer automobile fill-ups.” And don’t forget the decreased emissions from fumes released while pumping gas into cars.

5. On a personal level, APTA says, “If an individual switches from driving a 20-mile round-trip commute to using public transportation, his or her annual CO2 emissions will decrease by 4,800 pounds per year, equal to a 10 percent reduction in a two-car household’s carbon footprint.” Imagine how small your carbon footprint would be if you routinely used buses for your longer distance travels!

So, get with it and get on the bus! Make use of public intercity mass transit — like CATA in Lansing, The Rapid in Grand Rapids, and the Detroit Department of Transportation buses in Detroit — for going to work, shopping and entertainment. Take motorcoach buses, like Indian Trails, for long-distance trips to Chicago, northern Michigan, and other states. Rather than driving a few dozen cars to sports events such as high school tournaments, band together and book a bus. Take the Michigan Flyer to Detroit Metropolitan Airport from Lansing or Ann Arbor (and also save a bundle on gas and parking). Every time you take a bus instead of a car, you’re doing something good for your environment, your air quality, and you!