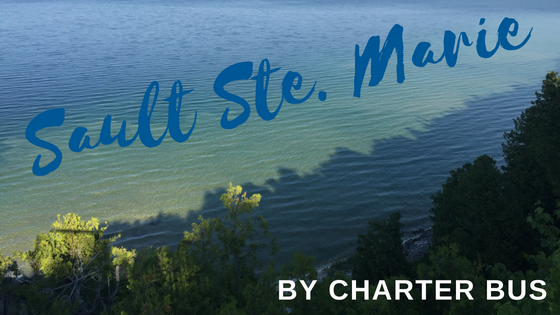 Imagine what it was like in the upper peninsula in 1668, the year Sault Ste. Marie was founded by French Jesuit missionary Jacques Marquette on the south bank of the St. Marys River. The river was turbulent with rapids and was originally named Baawitigong or “place of the rapids” by the indigenous Ojibwa. The only connection between Lake Superior and Lake Huron, the river dropped 21 feet in a tumultuous waterfall that made uninterrupted travel by water impossible. It was wilderness then and served as a meeting place for the Ojibwa tribe who came together during whitefish season. In 1668, it became the first “city” in the entire Great Lakes region and “the place where Michigan was born.”

Today, 350 years later in 2018, the Sault is home to the Soo Locks, the man-made mechanical marvels that raise and lower massive ships allowing them to overcome that 21-foot difference in the lake levels. It is still home to people of European and Native American descent, and to many others from places around the world. Despite becoming a modern city, Sault Ste. Marie has not lost sight of its past, which will be celebrated this summer in a week-long Semiseptcentennial Anniversary Festival!

The celebration begins on Friday, July 20, at 4 p.m. at the festival grounds at Aune-Osborne Park. There will be entertainment for kids and adults (think beer tent) and the opening ceremony at 5 p.m. From that point forward, it’s nonstop fun!

During the days, kids can enjoy things like a bouncy house, face painting, a Big Wheel challenge, and digging for gold rocks to exchange for ice cream. Teens can also join in with events like a hotdog eating contest and cornhole tournament. For adults, there’s everything from Karaoke and country line dancing to kayak races and a pie-eating contest. And during it all, the beer tent will offer refreshment for those 21 and over, food vendors will provide a variety of yummy foods, and craft vendors will present diverse souvenirs and mementos.

In addition to the fun and games, there will be considerable cultural and historical events taking place. A variety of booths will be set up to dispense information including:

After the weekend, the following week will offer daily events including a family-friendly scavenger hunt, historical cricket games, a chopped food competition, and tribal talks. For local history lovers, the city’s historic homes on Water Street near downtown will be open to the public daily from noon until 5 p.m.

Rendezvous in the Sault

If you want to get even more history during your trip, stay through the next weekend, July 28-29, for the “Rendezvous in the Sault.” This living history reenactment includes more than 160 musicians, blacksmiths, entertainers, merchants and more who will present demonstrations about military and civilian life in Sault Ste. Marie during the period 1668 through 1840. The event takes place on Water Street at the City Hall grounds and the historic homes.

Sault Ste. Marie has many more opportunities to absorb the past as well as the present with Soo Locks tours on foot or by boat, an in-depth look at Great Lakes shipping history aboard the Museum Ship Valley Camp, or take a day trip to world-renown Whitefish Point Bird Observatory, just 70 miles away.

One more unique and exciting thing to see before you leave the Sault is the Tower of History. Originally a shrine to the Catholic missionaries who founded the city, the 210-foot tower was donated to the Sault Historical Sites in 1980. The Tower of History spans the work of the missionaries as well as the history of the area’s Native Americans and the local area. From the observation platform, you will have a breathtaking 360-degree view of the entire area, including the Soo Locks!

Start planning your group’s trip to Sault Ste. Marie today and feel free to contact Indian Trails if you have questions or would like to request a quote for your charter. Our fleet is one of Michigan’s largest and most modern with 34 to 56 passenger capacities, and the latest amenities including Wi-Fi, restrooms, outlets for recharging your devices, DVD players, climate controls and more.