How to Turn a Charter Bus into a Party Bus

Any bus can be turned into a party bus. No one wants to hear, “Are we there yet??”

Whoever claimed that “getting there is half the fun” probably never supervised a group of restless school kids on a long bus ride.  A bus ride can be excruciating . . . unless you turn it into one big rolling party!  Read on to learn how to turn any bus into a party bus.

It’s not just children’s bus trips that can be magically transformed by the whimsy of an unexpected party. For example:

Work-related bus trips.  An impromptu party might be just what the doctor ordered for a work group traveling together.  A few silly games and a cupcake can go a long way toward setting a tone of camaraderie and team spirit before the retreat, conference, or work session begins.

Group Tours.  An onboard party is the perfect icebreaker!  In the case of group tours where participants don’t all know each other, a party gives participants a chance to get acquainted and can warm things up for the adventure ahead.

Club Outings.  Start your outing early with an onboard party, and make your annual get together even more memorable.

To turn an ordinary bus into a party bus, you must, simply, infuse it with all of the things that make a party a party.  Let’s break it down.  What are the elements of a party?

A theme.  If you’ve ever thrown a child’s birthday party, you already have a handle on this concept.  Sprinkle a little Hello Kitty, Yo Gabba Gabba, or Angry Birds into the mix, and you’ve got yourself a party.  A party theme could also revolve around famous book characters, the Roaring Twenties, or hippies (think love beads, tie dye, and peace signs).  Even those funny noses and fake mustaches can be theme enough under the right circumstances. 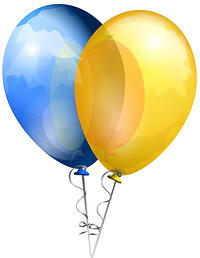 Entertainment.  Wherever there’s a magician, clown, or one of those guys who twists balloon into animal shapes, there is a party.  A fabulous storyteller, puppeteer, musician, or hypnotist can also entertain your party guests, depending on the age and interests of your group.

Party decorations.  Hang some crepe paper streamers, blow up a few balloons, pin up a banner, and—boom!—it’s a party.

Party hats.  Silly as they are, party hats and “blowout” noisemakers can create a festive mood instantly.  Set them on every seat or pass them out as people board, and they will quickly get the idea.

Games.  Games and parties go together like pin the tail goes with on the donkey. Okay, so, pin the tail on the donkey might not be the ideal game to play in a moving bus, but there are lots of other great games that lend themselves to the venue.

And so on. Anyone who fails to answer in time is “out.”  The last remaining person is the winner of that round and gets to establish the category for the next round. 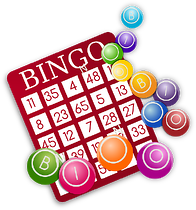 Travel Bingo is just like regular Bingo, except that instead of numbers, the Bingo cards are filled with pictures (or names) of things you might see on a typical bus ride: a gas station, barn, bridge, police car, American flag, humorous billboard, and so on.  As the players spot items, they mark them off or cover them up on their card until the first player gets five in a row (or an “L” or a picture frame or whatever you’ve specified) and calls “Bingo!”  Travel Bingo requires a little pre-trip preparation.  Download a free, printable Travel Bingo card (or create your own) and make enough copies for all your passengers.  Pack enough markers for everyone, or (if you want to reuse the cards) give everyone an envelope full of sticky notes pre-cut to the size of the squares on the BINGO card.

Cake.  It’s not really a party without cake, now is it?  For your party bus celebration, cupcakes might be more convenient than a cake that requires cutting . . . the fancier the better.

That’s all there is to it.  Combine these basic elements -- people, a theme, decorations, entertainment, party hats, games, and, above all, cake -- to transform an ordinary bus ride into a party on wheels.